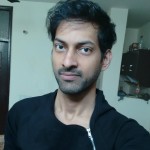 According to the company’s official figures released at the end of 2019, there are more than 430 million monthly active Reddit users worldwide.

According to the latest data released by the company, more than 50 million people use the recommended City Guide Foursquare app and the location-based game Foursquare Swarm each month across desktop, mobile web, and mobile apps. While this isn’t equivalent to social networks like Twitter and Instagram, Foursquare’s ad targeting and other services allow it to make money from a relatively smaller user base. While the company doesn’t provide data on Foursquare users by country, it is believed that about 60% of its users are based in the US.

Google login now doesn’t depend on the 3rd party library which was causing conflict with a few other plugins that were using the same PHP classes being used by the same library.

Facebook social avatar was broken because of the non-stable CDN url. This avatar is now being saved locally at the WordPress website where Super Socializer and Heateor Social Login plugins are being installed. This would help reduce the page load time for the web page where Facebook avatar was being loaded as now it will be served from the WordPress website instead of the Facebook.

Rajat manages pretty much everything at Heateor. He can be found working out or playing video games if not working.

How to Copy Shortcodes and Code Snippets Properly in WordPress